Audio-Visual Archives was founded in 1995 by Steve Unkles.  As a recording service, Audio-Visual Archives’ original mission was, and in part still is, to “capture arts, ideas, and events” as audio and video.  As digital technology advanced, the company also began archiving the past by restoring and consolidating analog recordings into new digital media.

By century’s end, computer processing speeds and hard drive capacities were beginning to enable desktop video production.  Teaming up with editors and other specialists, Steve began writing and producing short promotional pieces.  The commercial productions end of the business continued to grow, eventually spinning off WAVE Multimedia in 2008.

Digital processes and technology continue to revolutionize the production possibilities for new content.  However, the same breakthroughs and advances in digital are also enabling older analogue formats to be archived with greater precision and longevity.  Add to that the new restoration capabilities, lower cost, and world-wide easy access through the internet—and there’s never been a better time to archive the old and create the new.  Make History!

Steve Unkles has always had a fascination with stories, images, and ideas.  “To capture them and re-present them as well as I possibly can for others is very rewarding”.  His professional career in media began with his studies at The American University, where he received a Bachelor of Science in Audio Technology in 1987.  Having more interest in education than working in the music industry, Steve first worked at Boston University, and then in other academic and professional settings providing media support and production services.  A series of artistic and professional audio, film, and video projects lead him to dedicate his life’s work to the creation and archiving of recorded media as embodied in Audio-Visual Archives.

Dave Parnell began his work in media production as a photographer and video hobbyist.  He soon took to the computer as a means of image creation, manipulation, and experimentation.  His college studies led him to a series of acclaimed community projects in Holyoke and Northampton.  Since then he has worked independently and in close partnership with both Audio-Visual Archives and WAVE Multimedia. 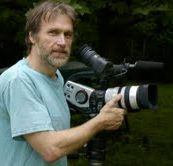 Pat Rowan has worked in professional media for 25+ years.  His experience and skills cover the gamut of photography and image-making, story-telling though mixed media presentations, and writing.  He practices a unique blend of video producer, writer, director, and more.  We always enjoy our collaborations with Pat Rowan.

Professional Historians, Researchers, Interviewers, and Consultants
For some projects, particularly Oral History and Historical Documentaries, we call upon a roster of experts and specialists that bring out the best in their subject.  We are fortunate to live and work in the Five-College Area of Western Massachusetts, and all of the world-class expertise and resources it offers.